You are not connected. Please login or register

I know IV scripting is relatively new.. but I'm lookn to do a LUA script for IV
that controls my Veyron spoiler realistically-

first off, is it even possible? -if so, secondly, what should I do.. add the parts
as external objects? -or- can I put them as extras and modify their positions/rotation?
what sucks is, I know exactly what I would do to get it working in SA/CLEO :suicide:

some pics to reference..

the spoiler (3 parts) in it's native retracted position

and braking at high speeds (top wing rotates another 55 degrees)

so as you can see, the main wing would have to be "attached" the the mount, then the mount would
slowly move up and back (in diagonal fashion), while the main wing rotates 15 degrees towards the front-
at the same time this happens, the secondary wing would diagonally move up and out - of course,
then it would have to flip up when braking (above a preset speed) and retract back to it's original
position when driving below a certain speed- any pointers to get me going on this would be appreciated

any pointers to get me going on this would be appreciated

Should be possible - but is very much work, at least until modding in GTA4 becomes even more advanced. Yeah, in SA it's very easy and does not take much work. LUA scripting is some-what limited, until Alexander updates it, but is busy in university at the moment.

add the parts as external objects?

Probably would be best, yes.

At first, the spoiler will need to be a separate object from the actual car, and move it as a object. I know almost exactly what you're getting at -- as I tried the Bugatti mod for SA with the script spoiler. You do know how to write ASI-style (DLL - same) plugins, yea?

IMO, I think that it would be more easy to create this using C++ or via Script Hook - just my opinion, though. More is possible with C++, I guess more people use LUA because it's more easy to learn; I use all IV-scripting methods anyway, but just mainly C++. ))) Still hard though.

I'm not at home right now, so I can't help more yet, I'll take a look as soon as I get home.

Look through the natives, see if you can find any function to help you;

Others (though maybe not useful for this subject):

I only said LUA because I thought that's the medium we needed to use
-and even tho I searched for a native that would help,
honestly, I haven't even tried doing a LUA script yet lol
and nah man, the only scripting I've done is all CLEO, nothn else

but I'm down man, just met me know what I gotta do and I'll do it-

No, that's good, LUA is a nice language, just not advanced enough for some things and that's all.

-and even tho I searched for a native that would help, honestly, I haven't even tried doing a LUA script yet

You are far from the "only one" - because still, a lot of people still can't even play GTA4 because of the system requirements. =) In Russia, we have lots of books on C++, I don't know if America does, but I believe it should have.

and nah man, the only scripting I've done is all CLEO, nothn else

Doesn't matter. It's still classed as "programming" and if you have experience in scripting, it should not be so hard at all to learn C++.


but I'm down man, just met me know what I gotta do and I'll do it-

To get started, first:

1. Download aru's C++ Script Hook if you have not already. And read through the thread.

2. Read this http://forums.gtamodding.ru/index.php?showtopic=86&st=0 ; sorry it's in Russian, maybe you can use Google.

4. Download Visual Studio C++ (if you don't already have it): http://www.microsoft.com/express/download/default.aspx

Kotton wrote:cool, I'm on it.. many thanks for the pointers Big-

1. Yes. I use XLiveLess also.
2. Yes, you download the one in the yellow box which says "Visual C++ Express Edition".

jebus christ man.. I need to install all this MYSQL/SQL server related junk just to write a effn script!? :suicide:
*feeling overwhelmed Kot gives up modeling to compensate for all time it will take to learn this ish*

It's annoying to install it, I know, with the computer restating crap and all. Once you have a good knowledge in C++ though it will be helpful with MANY things not just this spoiler script or GTA IV scripting. ))

but hey man, between my daughter, my work and the modeling, I really don't think I'll have time
to learn what I need to.. let alone the willpower and patience- so if you by chance get bored,
and feel like puttn your name on this mod alongside mine, I'd be grateful for days..

I've used misc_a, b and c to get the parts in game with the model, here's a sneak peek-
so if you're interested, just hit me back and I'll send over the beta..

Number of posts : 33
Registration date : 2009-02-21
so I take it that's a no? lol no worries man.. somethin'll pop up-
and actually, with it successfully in game now, I'm re-motivated to learn..
so I guess what I need to know is.. if we can manipulate(move and rotate)
those parts(misc_a,b,c) using C++ -we can right? it'd be comparable to 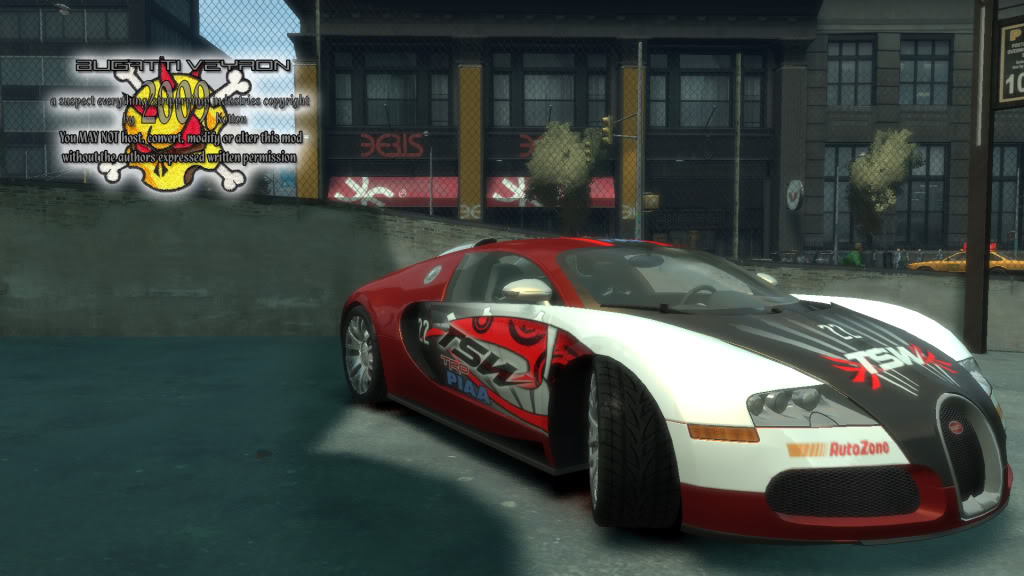 No, it was not a "no" - I was not ignoring your question. Maybe others in my city do this, but not me (joking) )) Just that I don't have time to visit this site (nor- others) everyday. To answer, yes you can do almost everything via C++ (reasonably of course). Right now, I can't download that impeccable car/try to write a script, because I'm using the latest Russian-patched version and the tools need updating.


As soon as I have more free-time, update the tools for personal use myself / or wait for the author - I'll download that car, and try to help write the script =)

-but nice- thanks Big, that'd be freakn awesome-
and thx man, I think it came out really nice for my first IV mod

btw, if you register @theShop, hit me up via PM so I can VIP your ass

you can also nab it @4mods (gta4-mods/gtagaming)

even tho I see the similarities, learning C++ is difficult and has made me discover the reason I learned cleo so well.. I had a decompiled main with thousands of real examples to draw and learn from :/ :sui: lol

Number of posts : 3
Registration date : 2010-10-14
It's annoying to install it, I know, with the computer restating crap and all. Once you have a good knowledge in C++ though it will be helpful with MANY things not just this spoiler script or GTA IV scripting. ))

Top posters
Who is online?
In total there are 2 users online :: 0 Registered, 0 Hidden and 2 Guests